Your awakening from the illusion, from the unreality in which you have apparently been immersed for eons is imminent!

January 20, 2014 by John Smallman
There is only the ONE!  You all know that, even if many of you have trouble accessing that knowledge, that deep innerknowing. God, our Father, the Source of all that exists and in which all is contained, just IS.  And the Source is infinite, limitless, without boundaries – there is no beyond, there is only within, which has neither beginning nor end, it just IS, ALWAYS, EVERYWHERE.  It is inevitable, unavoidable, constantly supportive of all that exists in loving acceptance, never judging, just embracing and enfolding in the eternal field of LOVE.
There is absolutely nothing you need do or can do to be worthy, let alone more worthy in the sight of God.  He created you perfect and obviously you could not possibly improve on that, therefore stop reasoning, puzzling, wondering, doubting, and generally trying to make yourselves acceptable to God, because He created you like unto Himself, infinitely and eternally acceptable.  All that He creates is like unto Himself because all is within Him.  Just open your hearts to receive the abundance of Love in which you are at all times enveloped and release the doubts, worries, and anxieties that you allow to plague you, and then, once more, know that you are eternally divinely loved and cared for.
It is time to awaken from the dream, the nightmare, the illusion that has brought you so much unnecessary pain and suffering.  You chose to undergo the experience of separation by building an imaginary state that excluded God.  It could only be imaginary, unreal, because without God, truly separated from Him, there is nothing – no consciousness, no awareness, no life, no Love – and that is beyond all the bounds of possibility.  You are all permanently safe and secured in the loving arms of your Father, and that is what unchangeable means.
Love is eternal, unchangeable.  Life is an aspect of Love, as is consciousness, as is awareness, as is wakefulness, the state to which you are returning.  You never left it, but you did close your eyes and pretend to leave, and you are about to open them and discover that you are still just where you were when you closed them, at Home in the arms of your Father.  The bliss of knowing who You are, who You truly are is about to eliminate forever the endless pain and suffering in which the illusion has seemingly enshrouded you for so many eons.  You have collectively chosen to awaken and discard the illusion, and that is what is to happen – your awakening from the illusion, from the unreality in which you have apparently been immersed for eons is imminent! 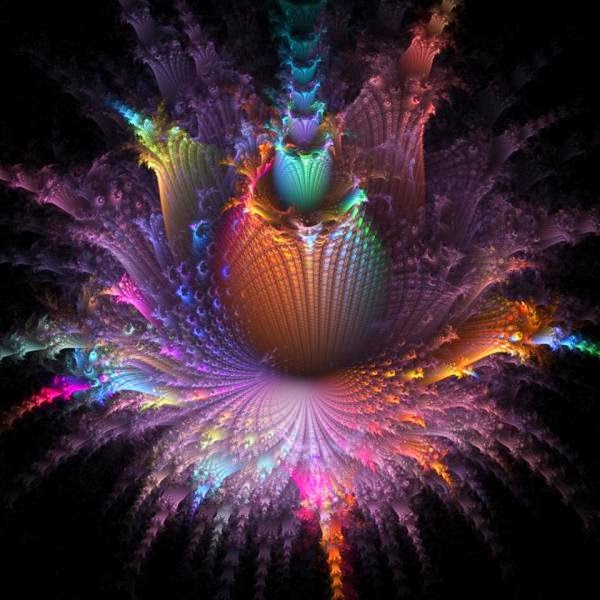 The brilliance of what awaits you is ineffable.  Your emergence into the bright Light of Reality cannot be delayed any longer.  You need to wake up from the dream into the awe-inspiring wonder of Reality, your true and only Home, otherwise known by humanity as: Heaven, Paradise, the Garden of Eden, Nirvana, Shambhala, and myriad other names.  And, It is within You, always.  To awaken is to uncover your real identity as One with Source, in a state of infinitely flowing peace and harmony, where individual wills are united with the One Will and recognize themselves as essential undifferentiated aspects of that One Will.  And that recognition brings joy, utter and absolute joy, a knowing that surpasses all you have ever known, a wisdom beyond conceivability, and a peace that exalts and discloses an infinite possibility of creative opportunities with which you can engage.  Think of all the arts available to man that add beauty and wonder to your environment; they are as nothing compared to the possibilities awaiting you when you awaken.
Limitation is of the illusion, a state in which difficulty and impracticality appear to impede and hinder nearly all your creative ventures no matter how inspiring and desirable they may appear to be.  Many of you do obtain satisfaction, sometimes amazing satisfaction, from overcoming difficulties, issues, problems, conflicts, and reversals as you strive to achieve the goals that others have set you, or that you have set for yourselves.  But suppose that the energy you used in doing so could instead be put wholeheartedly into your creative and artistic concepts – can you imagine how much more fulfilling that would be?

Striving and struggling have themselves become creative ventures for you, dimming your awareness of, your faint and distant memories of Reality.  You greatly honor those who succeed, especially where many others have tried and failed – and that is kind, compassionate, and generous – but it is also raising pain, suffering, and desolation to the point of being the purpose of the exercise during which they were experienced.  And much more attention tends to be focused on the suffering and indomitability that these determined ones have demonstrated rather than on what they have actually achieved. 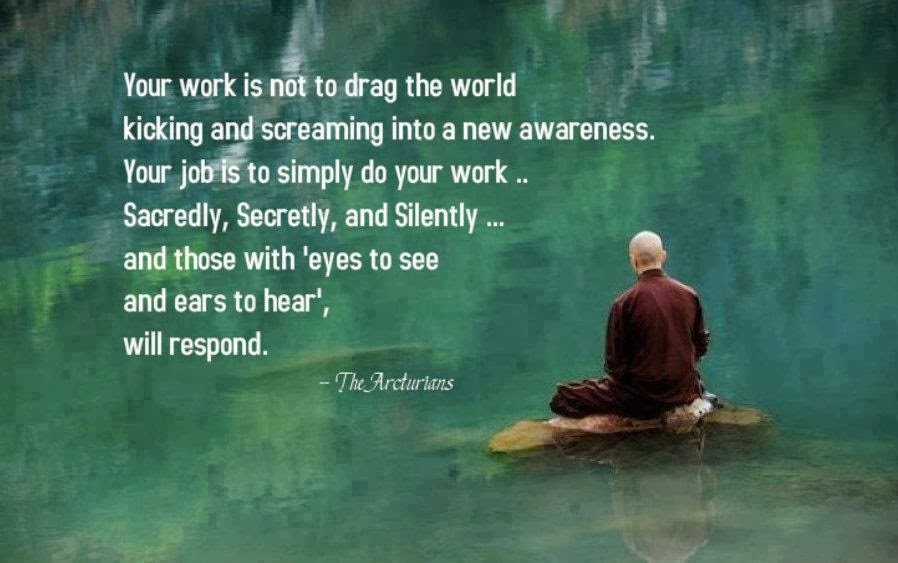 To wage war successfully these “virtues” must be encouraged and honored, as they have been for eons.  But war itself is and never can be a success, as your worldly history demonstrates very clearly, time and time again.
The illusion encourages suffering and pretends to reward it.  But in truth those who are honored are quickly forgotten unless they continue to strive towards further achievements; and their rewards are very frequently severe bodily damage that further limits and restricts them as they tread their human life paths.  And, as forgotten heroes, they find themselves with much time to reflect on the roles that they have played, frequently discovering that they had not been fully true to themselves even though they had done their utmost to please those who commanded or directed them, and had done their best to support and protect those “on their team or their side.”  Some rise above this realization and learn to serve humanity, but many are overwhelmed with bitterness and an intense sense that their lives have been an unrelieved series of calamitous failures.  This, of course, is not the case.  Every human life, no matter how unconscionable and evil it may appear to have been has, in the long run, brought about essential changes in your thinking and in your beliefs.
All your human cultures, races, philosophies, religions, and other organizations – political, business, or social – hold divisive beliefs and values which they then uphold, encourage, persuade, and indeed attempt to enforce upon you, demanding that you embrace attitudes and behaviors that “supposedly” are for the ultimate good of all. They are not, purely because they are divisive.  You are all only too well aware of the maxim “divide and conquer,” and yet, when it is used for that specific purpose, no one seems to notice . . . until it is too late.  It is an insidious form of betrayal that has been used time and time again on a basically unsuspecting or unaware majority by an unelected elite whose constant and unchanging intent is to maintain or increase their power over humanity.
No more.  Collectively you have chosen to awaken from the illusion, and that is terrifying those who would control you, hence the ever-increasing attempts to introduce more new laws to further restrict the rights of the individual (“divide and conquer”) in the interests of maintaining the security of the nation from terrorist attacks which, unless forcefully prevented, are about to destroy it.  And fear has been so enthusiastically encouraged by all forms of advertising that many do feel threatened, unsafe, and would support almost any measure that is proclaimed to protect them from these intensely perceived but unreal threats.
You are all sovereign beings created in Love for an eternity of ecstatic joy, and those who would continue to support and maintain the illusion are doing their utmost to prevent you from becoming aware of your changeless divine heritage and destiny. Go within, ask for help and for Love from those who are watching over you constantly in the spiritual realms, and then open yourselves to receive it.  Release all your doubts and anxieties, they are totally without basis or foundation, because you are all divine beings whose awakening is assured.  To believe otherwise is to embrace and support the illusion and all the fears and anxieties that it promotes.
Let go, surrender to the Truth of God’s endless and unremitting Love for you as you go within daily to your safe haven, your inner sanctum, where the “Peace that passeth all understanding” awaits you as you prepare to awaken into the bright Light of Reality. 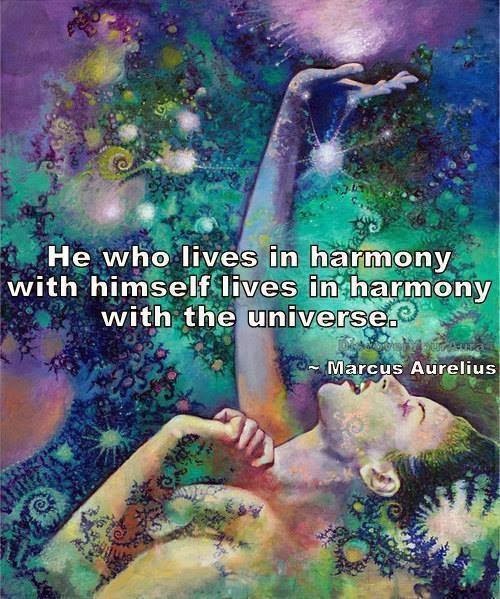 Your loving brother, Jesus.
Your awakening from the illusion, from the unreality in which you have apparently been immersed for eons is imminent! | Jesus through John.
Follow these topics: Channels