Balance & Equilibrium: The "Feminine" & "Masculine" Division of ONE 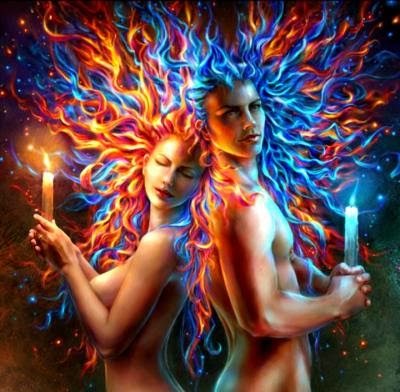 Balance & Equilibrium: The "Feminine" & "Masculine" Division of ONE
Balance and Equilibrium.
BAL·ANCE
[bal-uh

ns] Show IPA
noun
1.
a state of equilibrium or equipoise; equal distribution of weight, amount, etc.
2.
something used to produce equilibrium; counterpoise.
3.
mental steadiness or emotional stability; habit of calm behavior, judgment, etc.
4.
a state of bodily equilibrium: He lost his balance and fell down the stairs.
5.
an instrument for determining weight, typically by the equilibrium of a bar with afulcrum at the center, from each end of which is suspended a scale or pan, oneholding an object of known weight, and the other holding the object to be weighed.

— n  , pl -riums , -ria
1.     a stable condition in which forces cancel one another
2.     a state or feeling of mental balance; composure
3.     See thermodynamic equilibrium any unchanging condition or state of a body, system, etc, resulting from the balance or cancelling out of the influences or processes to which it is subjected
4.     physics  a state of rest or uniform motion in which there is no resultant force on a body
5.     chem  the condition existing when a chemical reaction and its reverse reaction take place at equal rates
6.     physics  the condition of a system that has its total energy distributed among its component parts in the statistically most probable manner
7.     physiol  a state of bodily balance, maintained primarily by special receptors in the inner ear
8.     the economic condition in which there is neither excess demand nor excess supply in a market


We are currently in the time of Balancing and Re-Balancing.  Our selves, our consciousness, and everything that lies within these- which includes ALL things seen and unseen, micro and macrocosm and cosmic.  We ARE All of these, and the expansion and balance, the equilibrium of the universe, resides within US and IS US.

The key words are BALANCE and EQUILIBRIUM.  (see definitions above)

When we are working on regaining our equilibrium and re-balancing our inner world it is important to remember that balance is Not about the opposite side of the pendulum, or moving into the other extreme.  It is about BALANCE- finding the middle.

THIS is the Balance: 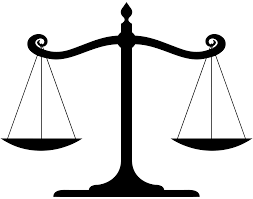 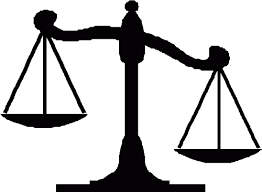 For eons we have been living in a slave system of control and domination.  This era of Control and Dominance was an extreme swing to one side of the perceived scale.

Modern psychology and anthropology have labeled this the "Patriarchal" and "Masculine" system.  We have seen a huge influx of messages and a movement over the past 50 years to push away from this so called "Patriarchal" extreme and to move "forward" to the so called "feminine" or "Matriarchal" side of the pendulum swing.


I have been watching this developing push for a long time now, and I must admit that even before I "woke up", I could not understand it.  When I studied pagan spirituality I had many "teachers" and guides that were heavily into the "divine feminine" movement, and though they explained their reasoning and beliefs and thoughts to me over and over.... I could not grasp this concept that placing the "feminine" over the "masculine" was any better than the "masculine" over the "feminine".  When I voiced my opinion so many people looked at me like I was uttering sacrilege that I made the decision to just keep my opinion to myself.  And There it stayed for decades.

It has only been in this past year of deeply searching within that I have been able to understand WHY the "Divine Feminine" doesn't resonate with me. (and no, it's not because of the word "divine", lol!)

In coming to understand this journey of discovery, the experiment/experience of separation/duality, I realized that the final resting place of the pendulum of the perceived "masculine" and "feminine" experience wasn't at either end of the pendulum, but right in the centre.  In Equilibrium and Balance. 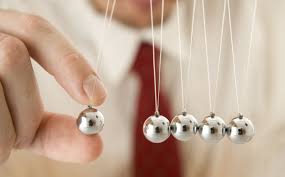 This is what I mean by Balance and Equilibrium.  The balance point is exactly in the centre.

Is it rational to swing the pendulum of experience all the way to the farthest point from where you started when that farthest point on the other side is equally distant from the exact centre of balance?


What is the expression?  Two wrongs do not make a right?


We are looking for and creating balance in all things, ourselves and our universe: the micro and macro of all that IS.  When we swing to one side, we create an unbalance which is equally.... unbalancing.

My final thought on this topic is one that has been strongly played out in front of me for the past few weeks and has firmly cemented the foundations of my opinion on the roles of separation and duality.  If you are creating unbalance and creating a society that is divided by separation, through religion, politics, perceived "borders", etc.....  the ultimate separation and division is to divide men from women and vice versa.  Just as "They" have created their "New" financial system, and their perceived "new" prosperity programs and their "new" paradigm of change.... they are also pushing the pendulum to the opposite side of the swing.


Why use the terms "masculine" and "feminine" at all?   Why are we encouraging and encouraged to use words that place division between men and women?  Why are we using the words "feminine" to denote something good, better, positive, higher evolution/consciousness, and using "masculine" to denote bad, worse, negative, lower evolution/consciousness?   Is not relegating "masculine" to the negative (ie: the "patriarchal") equal to the subjugation of women that so many women have fought against for the past hundred years?  I am not saying that this is what is being done right now, but when the pendulum swings fully to the other side, then I guarantee that this is exactly what will happen.  Sex needs to be removed from this conversation in my opinion.

If we continue to define certain actions- seen as positive or negative- by sexual gender terms, then we are perpetuating a system of division and duality.  This is not about BEing "Masculine" or "Feminine", it is about Balance, and the equilibrium of equal and equality that has nothing to do with whether you have a vagina or a penis.

Taking sex out of the equation and removing the gender stereotypical words from our vocabulary might be the biggest step forward to a new consciousness that is not bound by separation, duality, or division.


ONE is not Feminine OR masculine.  ONE is BOTH.