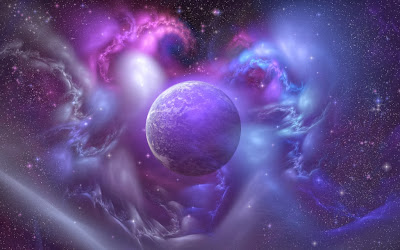 Signs are given, all the time, that the new is taking place and you who are on Earth at this time, are witnessing the birth of the new, right under your feet. You are at the vanguard, leading the Light and guiding as you can, knowing that you are always bathed by new energies that, day after day, have accelerated your awakening.
Thousands of human beings, taken by desire for freedom, are being assisted by higher beings who are constantly orienting and guiding them in better decisions among protests worldwide. Your communication media have tried at all costs to welch the minds of men who are still in a soft impasse, but it’s known that the light that is sweeping the Earth is to guide them increasingly and nothing can change the focus of the souls of the Earth, the focus of FREEDOM .
The commitment of warrior souls, as Snowden, is one more gas on other souls who are awakening now and see the courage and determination of beings who came to Earth at this time to bring freedom, even if it costs their lives. All beloved beings who came to this quadrant in the past and were killed by the darkness forces are again involved now, giving their share of help, help that has brought from deep sleep many asleep beings.
The witness around the world will become frequent, and more and more people will take courage and come to public to witness atrocities committed by the dark ones, as the 9/11. It’s naturally expected that many who were dressed for a long time as " Wolves " show them up from the Light
The work is far greater than you can imagine and dear souls engaged themselves to take on this role, under the risk of deviating themselves from the path, but you will be able to see that many of them got successful and you may see it in their actions hereafter. Mother Earth is surrounded by thousands of galactic fleets that are here to witness the great jump in consciousness. Thousands of beings everywhere are here to support you during this period, and is given to every soul of Earth one more force so they can untie the ending nodes that still keeps you stuck on Earth.
Continue to anchor Light in your hearts, supporting the souls that are in their awakening process. Wait and let them stand up with their own forces, however remain beside them, donating all Light and support in this important moment. The Return of the Goddess to your hearts also bring an immense light that soften every load that was placed in your being by the dark Ones. The Light of the Goddess will guide you definitely out of the quarantine regime, leading you to a state of deep  peace.
I am SaLuSa from Sirius and the count at "zero" indicates that the planned events before the World Games are about to start and you can have a blurb with manifestations around the world, where the power of people is growing, moving the energies of freedom and justice.
Be in Peace,
Be in the Light.
Gabriel : Thank you, SaLuSa.
Note: My friends, that count mentioned by SaLuSa refers to this post: Here
Gabriel
Translation: Sementes das Estrelas / Carolina Barisch
Sementes das Estrelas: SaLuSa - "Signs of a new time" – February 24, 2014 – (English).
Laura Multidimensional Ocean | February 27, 2014 at 7:25 pm | URL: http://wp.me/p3PnMF-eSB