A new Window of Opportunity of a great importance is about to open on the surface of this planet soon.

Galactic forces of Light are looking towards this Window of Opportunity with great excitement.
The ships of the Galactic Confederation have already begun to reposition themselves closer to
the surface of planet Earth to be able to transmit and align intense energies that will be released
within this Window of Opportunity towards the planetary surface. As a consequence of my
nearspace flight beyond the Veil few weeks ago and of other operations of the Light forces,
large portions of the etheric Archon grid have been already removed to the point that some people
are beginning to reinstate genuine telepathic contact with the Confederation and many are beginning
to have profound positive spiritual experiences with them. 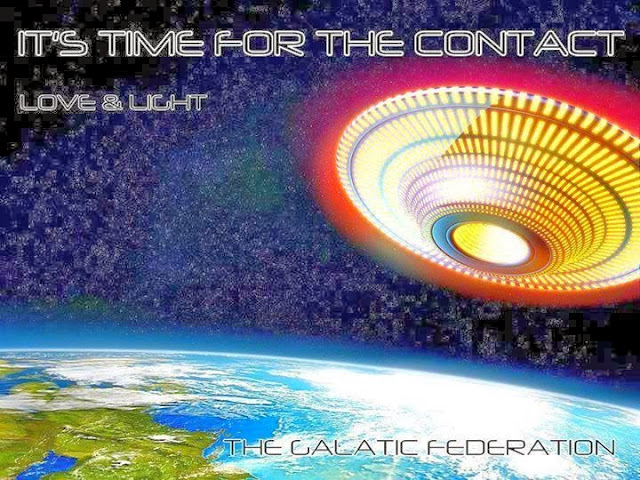 Of all timeframes given until now, this time window for the Event has the greatest chance of
success. The planetary situation is much more ready than it was a few years and even a few
months ago. You need to understand that we still live in a free will universe and therefore no guarantees can be given about the timing of the Event.

The Window of Opportunity will open at the time of spring equinox and will be triggered by a sensational occultation of the royal star Regulus by an asteroid 163 Erigone on March 20th,
just a few hours before the equinox:

http://en.wikipedia.org/wiki/163_ErigoneThe occultation path will go precisely through
New York City and bankers from New York Federal Reserve will be able to see the Regulus
star disappear for about 10 seconds, hidden behind the body of a 50 mile wide asteroid,
as they will watch that event from the windows of their building on 33 Liberty Street.
This will be a very powerful omen which will portend the demise of the Federal Reserve,
as Erigone (the Goddess of Justice) occults Regulus (the Princely King of the Old World Order): 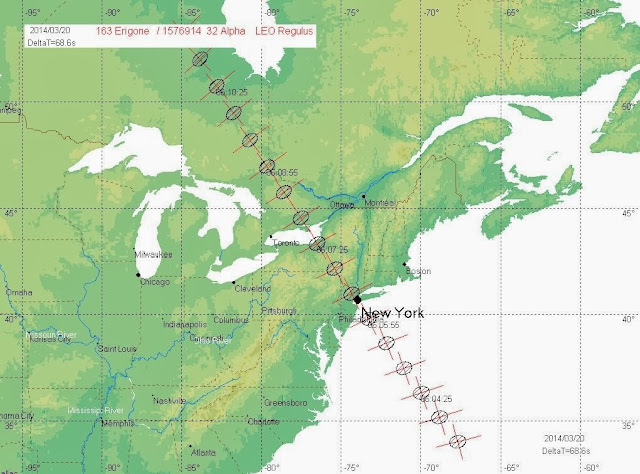 One day later, right after the equinox, the Moon will occult Saturn. This event is another
very powerful sign which indicates Moon (the Goddess) overshining Saturn (the dark forces),
heralding a new cycle when the Goddess energy will gain in importance: 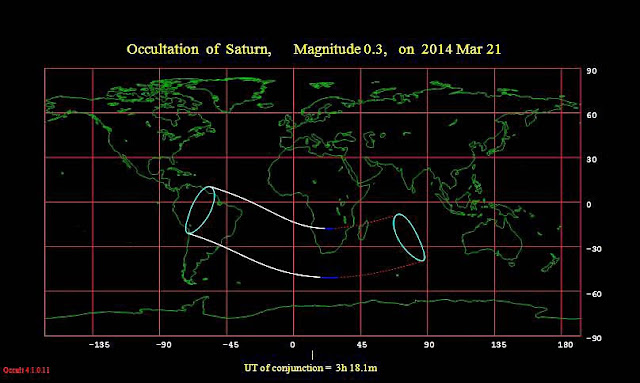 We will be having our Portal conference in Mojiko, Japan, from March 21st to March 23rd,
anchoring the powerful energies which will be present around the spring equinox.
You can register here (text is in English and Japanese):

The second Portal conference will be in Taiwan from March 28th to March 30th. On this
conference we will make a special connection with a certain Dragon society. You can register
here:

People interested in the conferences can get more information about my work in English,
Chinese and Japanese language here:

The total lunar eclipse on April 15th will signify the opening of the inner Window of Opportunity
which will be open from April 15th to April 29th. This inner time window will actually be a portal
within a portal and will be a time of extreme energetic intensity that can potentially trigger drastic changes on the surface of this planet and beyond. Complexity wave analysis shows that this
time frame is the most complex period in the known history, greatly surpassing the famous
December 21st, 2012. This means that it will be the most volatile, unpredictable time with
greatest potential ever. It represents the most probable time when the consequences of the
Galactic Central Sun activation by G2 cloud will reach our planet:

The total lunar eclipse on April 15th will begin the famous lunar tetrad of 2014/15 which has
deep significance in Jewish prophecy. Jewish Passover feast begins on that day and ends
one week later, on April 21. 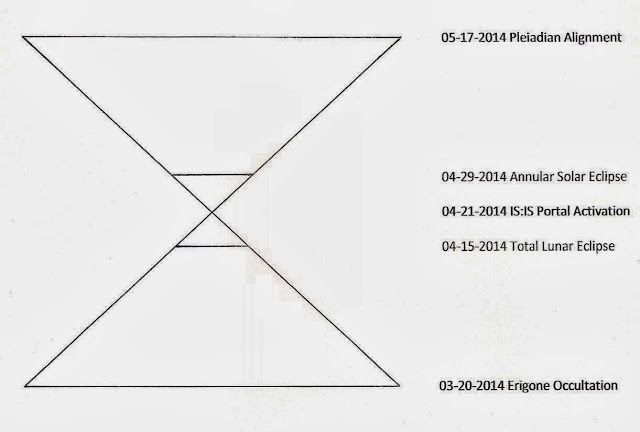 April 21st (Easter Monday) will be the day of the IS:IS portal activation, the turning point of this
Window of Opportunity. Due to the importance of that portal I will dedicate a separate blog post
to it. We will organize a major planetary vortex activation at that time. Details will be announced
on my blog soon.

On April 29th, there will be an annular solar eclipse which will complete the inner portal within
the Window of Opportunity.